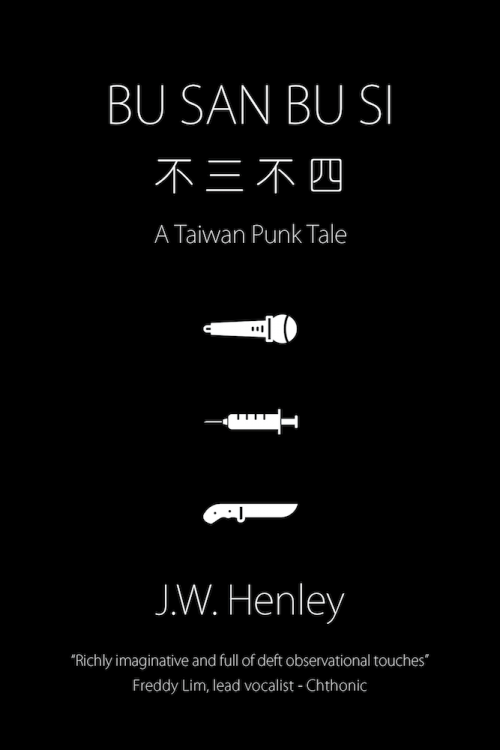 To the Taiwanese people, it’s an idiom used to describe the punks, lowlifes, and losers of society—the ones who don’t fit in, and never will. It’s what they would call someone like Xiao Hei. Talented and self-destructive, young and reckless, Xiao Hei is the guitar player for Taipei punk band Resistant Strain. He and his band mates don’t just play punk. In the vein of the music’s more nihilistic Western progenitors, they take it as a lifestyle. Live Fast. Die Young. Get Drunk. Stay Broke. And yet, at the back of their minds, there it is, that gnawing lust for fame; that longing to break free of the beer-soaked dives and make a break for the big time.

Xiao Hei feels it more than anyone. He’ll never sell out. But neither will he rot away in obscurity another day in a musical climate dominated by bubblegum Mando pop without taking his stab at something better. And so he seizes his chance, taking an outstretched hand emanating from the darkest depths of the Taipei criminal underworld—the hand of former mob boss Jackie Tsai.

Gritty yet heartfelt, punchy but insightful, Bu San Bu Si throws readers headlong into the Taipei underground metal and punk scene, showing you a side of Taiwan few outsiders will ever see. Author J.W. Henley brings to the book his experiences of the past decade-plus living in Taipei, documenting the scene online and in print, and playing in Taiwanese punk and metal bands. Bu San Bu Si is his second novel.

Joe Henley’s second novel provides a rare and nuanced insight in to Taiwan’s underground punk music scene, exploring in gruesome detail the consequences of failing to conform to a dominant culture